Last night, Once Upon A Red Carpet attended the launch of Urban Skin Rx in Target stores. Now, prior to the launch all I knew about this brand is that most of our favorite celebrities swore by the line that was created with us melanin rich girls in mind. Created almost 12yrs ago by founder Rachel Roff the line is finally accessible at your local Target.  END_OF_DOCUMENT_TOKEN_TO_BE_REPLACED

For my 30th birthday I decided not to throw an extravagant party but to go on vacation instead. I haven’t been on a tropical vacation in a while so picked this opportunity to take a baecation. My trip to Secrets Silversands in Riviera Maya was everything and more. No complaints except for a sunburn…yes black people burn too! Check out some memorable outfit moments END_OF_DOCUMENT_TOKEN_TO_BE_REPLACED

Well hello Fashion pluggers! Its been the first week of the New Year and 2016 is starting off to a great start! I don’t know about you but I’m waiting for Scandal, Empire and How to Get Away with Murder to come back BUT until then I will indulge on a new show like Growing Up Hip Hop.  I have to say it wasnt necessarily on my radar but I also think the premise of the show is great idea. Kids who grew up with iconic hip hop celebrity parents like Boogie Dash, Kristinia Debarge, Romeo, Angela Simmons, Egypt Criss and TJ Mizell. They are just missing Ja Rule’s kids and TI’s lol. So now to the fashion. This ad promo is a polished photo but lets see how they did on the red carpet in both NYC and ATL.  END_OF_DOCUMENT_TOKEN_TO_BE_REPLACED 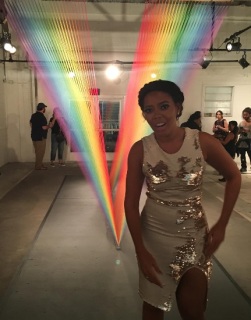 Angela Simmons is a very trendy girl and this weekend while in Miami for Art Basel she rocked some of my favorite hairstyles that are chic but also protective.  So to beat the humid weather she switched it up and did braided looks that are very cute for the winter season too. Check it out END_OF_DOCUMENT_TOKEN_TO_BE_REPLACED

Socialite Angela Simmons seems to always be on vacation and when she does she sports the hottest swimsuits. I’ve notice that her swimsuits are more from up and coming designers than the “well known”.  Being she is a big supporter of new designers I thought to shed some light on them as well. Take a look END_OF_DOCUMENT_TOKEN_TO_BE_REPLACED