Don Cornelius was a legend in the making when he started “Soul Train” over 40 years ago and BET’s new show “American Soul” brings to life the behind the scenes work of this legend. Recently, attending the premiere, I was already so excited from seeing the trailer that watching the first episode with my fellow media peers had me wanting more.

END_OF_DOCUMENT_TOKEN_TO_BE_REPLACED

Some actors are discovered, some take classes as a hobby and others start out as extras. They appear in music videos or take small TV appearances and continue to grind until they land that one role that validates all the hard work they put in to get there. For three years ” Reggie” from the Hit HBO Series Ballers has made his claim to fame on the small screen alongside Dwayne “The Rock” Johnson and told me what he’s learn from the seasoned actor.

You are an LA (Los Angeles) boy. What is it about LA that you love the most?

Familiarity. I like the fact that I know it very very well through and through. I know the traffic, the gang life, the temperature of the city..I just know it. With knowing the city that well, I can navigate for other people. I am a creature of habit. I enjoy learning to master things so that I can best execute and implement where I need them to be. With knowing the city for example I know the timing of how long it takes me to get to comedy clubs and auditions. Those kind of things are important to me because I want to be able to focus on being an artist ultimately. In LA, I can move around for like 50 bucks in a day. Here in New York, is almost 2/3 times that because everywhere is like a downtown but I like the texture of New York. I like LA but I enjoy New York. As a artist you have to be apart of New York. It’s like a second home. A lot of times LA gets tainted with fake-ness but I think the fake-ness that people view LA with, is not with people who are from LA but rather from people who move to LA and try to conform to what they think LA is. People from LA don’t carry that fake energy. So to New Yorkers stay true to yourself, stay focused and don’t get caught up in the hype.

When did you first know you wanted to be an actor?

I did a play when I was around 10 years old. I remember I was excited to do this little Easter play for church. 11th grade is when I really decided I wanted to do this thing called acting. I did a stage play call Rebel Without a Cause. I played the character “Plato” and when I got the gratification of the audience, that’s when I knew it became something I wanted to approach as an artist. So high school is when I really got serious about it or least that’s when my heart connected with the idea.

What’s been your favorite role since that first high school play?

I don’t think I played it yet. I look at actors who have played some incredible roles. Of course Denzel is just THE GUY. I really like Larenz Tate’s career. It’s really diverse and major shout out to Larenz Tate. I just worked on a film that he produced, him and his brother. The latest project that he’s working on is a romantic comedy. I was telling Larenz Tate, this is my small version of Love Jones. All the women wanna be Nia and all the guys wanna be Darius. I remember in high school backstage of a play..remember I had a peachy folder. I would put pictures in my peachy folder of things that were very inspirational. Mo Better Blues, Malcolm X but Love Jones when I saw Loves Jones I was like dang Larenz Tate was so young but he held it down. With this film I just did with him, I did it because I wanted to show some range. I just want to  have well a diverse career as the Denzels, as the Larenz Tates and the Don Cheadles.

Being employed. Acting is like an incredible temp job where you work and while you work you’re good. I’m really appreciative being able to just be employed and have interest in my character and have him change from Season 1 to Season 4. Season 1 he was really annoying and by Season 4 you see him kinda change, lighten up and mature. That’s good as a actor… that lets you know that the writers are thinking of things for you. I think with even a show like Ballers, people can get a glimpse of my range as an artist, as an actor. You get a little bit of the comedic stuff and a little bit of the acting side of the annoying part of Reggie and I can appreciate that.

Have you picked up any gems from working with Dwayne “The Rock” Johnson?

I was already a focused guy but I increased it. When we first started filming the first 2 seasons of Ballers we were living in Miami.  I remember one day we had to be on set at like 6 and the night before I had too much caffeine in my system, so I couldn’t sleep and I was up and saw Dwayne Johnson in the gym at 3 am, 3:46 to be exact. I was like “what’s he doing in the gym”. He had hit the gym before he came to set. And that small idea and work ethic of discipline is something that I still use and I try to incorporate in anything that I’m working on. I’m not a gym guy…I’m not super muscular but what I realized was that there’s a discipline that comes with hitting the gym and taking that work ethic early in the day and applying it to my lines and how I approach the things that I want to do. I start my foundation with the gym, at least when I film and to gym at all, I picked it up from Dwayne. I was like if he can do it I need to get on top of my stuff.

How did the first script from Ballers fall in your lap? Your Agent?

No it wasn’t from my agent. I didn’t get representation until after Season 1 and then I was able to meet with every top agent and manager there was after Ballers. Initially I got a call from a friend of mine in stand up. He said their looking for you..have you auditioned..”I was like nah” and he was like “yo can I pass your information along to HBO? I said sure and they called me up and I went into a an audition. At the time I was working as a choreographer and I was dancing and teaching and my voice was hoarse. I went in and said if you can’t understand me, please let me come back I’ll get some honey and echinacea and I will come back. I did the audition, it went well. I got call back after call back like 7 call backs. It was like a 2 month process and I don’t take any credit for it other than putting in the work but God set it up and arranged it and they offered me the part. I moved to Miami to film like the first two years of it and it started it off that way.

If you could tell your 10-year old self advice about where you’d be today, what would it be?

First of all, I would hug my 10-year old self. I think the only thing I would have told him is believe now. In the 80’s it was either sports, teacher doctor..it was kind of 5 things you did and that was it. Nobody told me yo  you like watching TV, you can be one of those people on TV. You can be a barber, you can be a photographer or any of these things that I wined up discovering later on when I was in high school. I didn’t know this that early. So I would tell my 10- year old self whatever it is that you want to do you, can do it. I would have had a real talk. I’m even having an epiphany about it, I might need to go to these schools and really tell the kids -what is it that you really like to do? It’s not about money. What is it that you enjoy? Even that might be a little advanced. Some of them think that there is nothing wrong with playing games. There are people who get paid tons of money to test games to create games and try them out. Growing up in the hood we rode bikes all the time. BMX bikes. I didn’t know there was a million dollar sport called Extreme Sports where you ride a bike. I am able to appreciate the gift that I have developed as a adult. My 10-year old self, I would tell him to stay focused and do what you like to do and do what you love. 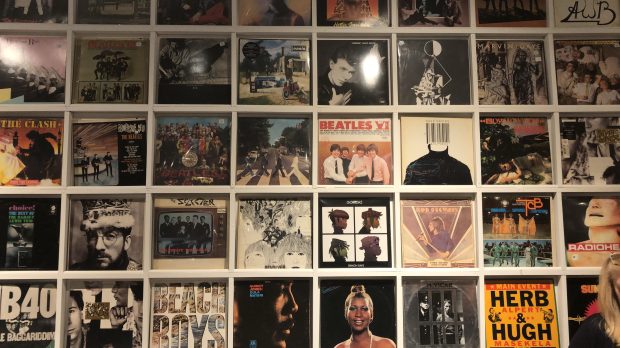 September 2018 was a month full of fashion as always from New York to London to Milan to Paris. As the city of dreams under went NYFW from September 6th to the 13th, the pre-day (the Wednesday before the first official FIRST day), was filled with some fun events that included stopping to learn about the Movement I AM MANY from Rebecca Minkoff. Ben Sherman opened up its Soho doors to fashion go-oers and Fashion’s Night In showcased fashion industry professionals from models and publicists to editors and buyers. Definitely a great kick off for the start of New York Fashion Week! END_OF_DOCUMENT_TOKEN_TO_BE_REPLACED 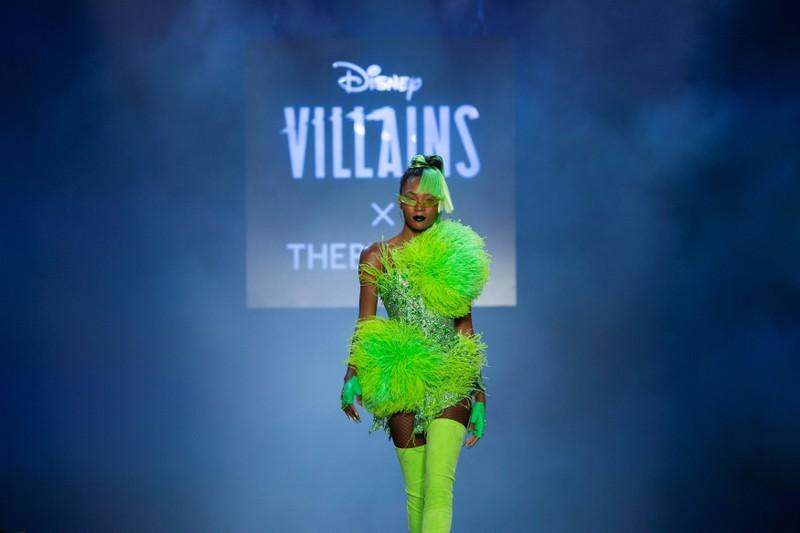 The crowd was treated to a special presentation Friday evening put on by the popular duo The Blonds but this time it was a Disney Villains inspired show. How much more creative can you get with sequin bustier? Well, take a look.  END_OF_DOCUMENT_TOKEN_TO_BE_REPLACED 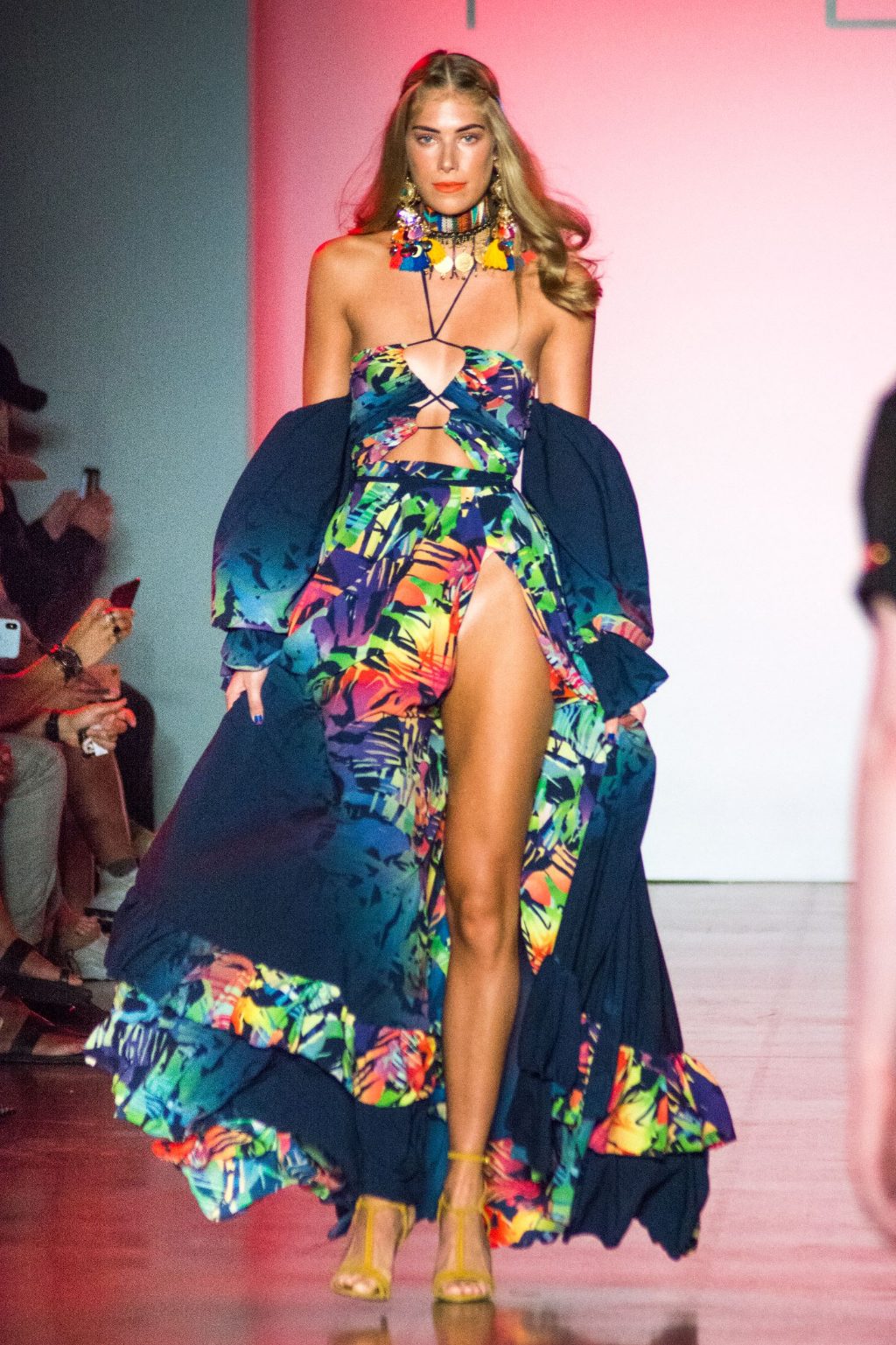 Michael Costello has once again presented us with vacation style for his latest spring 2019 collection. The designer gave us yards of fabric and high slits paying homage to the gypsy culture titled, “Gitana”. Inspired by his muse of the independent gypsy woman who roam with grace. With the red lights beaming on the floral patterned gowns and metallic silhouettes serving us drama with each step. Take a look.  END_OF_DOCUMENT_TOKEN_TO_BE_REPLACED