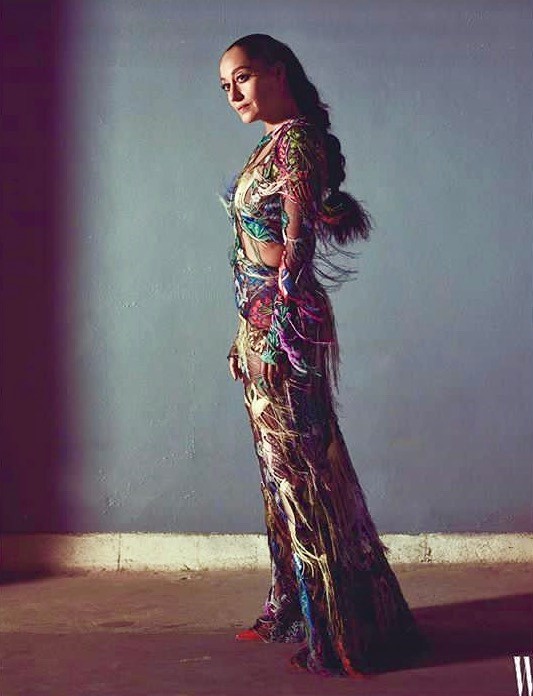 The quirky, sexy, talented and intelligent Tracee Ellis Ross graces the cover of W magazine October issue (The New Royals) along with a few notable celebrities such as Pharrell Williams. If you have been keeping up with the Emmy winner you see her star keeps on shining. In the issue, Tracee discusses her love of fashion and acting, how she started in the industry and what Blackish means to her. See here

What was the first thing you auditioned for?

The first thing I auditioned for was an Infinity commercial. And I got it! [Laughs.] Is that true, or was it Spike Lee’s Malcolm X? It’s a tossup. I’m not sure which one. I did not get Malcom X.

And were you living in New York then?

I was living in New York when I started my acting career. I had just come out of college and I was actually working in the fashion industry. I was a fashion editor—I guess a contributing editor, you would say, an intern at first at Mirabella magazine.

Were you split in your interests between doing fashion becoming an actress?

I wasn’t actually split in my interest. I have always been a lover of clothing and beauty and aesthetics and all of that. I had wanted to model when I was younger and then that kind of translated into me realizing that I was in love with images and the fashion industry. But in college I discovered acting even though I was quite shy, which I know is really hard to imagine. [Laughs.] I realized that it was a very honest form of expression for me, so I was working in the fashion industry and taking more acting classes, even though that was what I had studied at Brown. And then I just kind of jumped off the cliff into the acting world.

Did you always know from the beginning that it would be the big moment that it is? I was on the airplane the other day and I was walking up the aisle and literally every other seat was watching Black-ish.

Oh, really? Um, I don’t know. You know, I think the hope when you start every project is that it’s going to go well. [Laughs.] But you just don’t know. And the truth is if you look at the landscape of television, I mean, some of my favorite shows did not turn into, like, big hits. I don’t know—there’s a magic element. That’s one of the reasons doing television is so fun is there’s so many pieces that make it work. Whether it’s ABC really supporting our show and making sure that people knew where and when it was, or the actual incredible writing that we have. Or the chemistry with the cast… you never know if that’s going to work or not. And, by the way, there are times when you really get along with your cast and think it’s the best chemistry, but it doesn’t play onscreen