At Shoptiques, their community is obsessed with discovering unique products from the very best independent boutique shops around the world. Every day, our customers explore more than 5,000 shops in thousands of cities around the world to tap into local culture and style and shop the world.

I truly enjoyed the reading highlights on the state of independent boutique shopping, fashion, and consumer behavior in 2016 and Shoptiques discovered which city wears the highest heels, when Americans where white the most throughout the year, which generation wears more lingerie and what states wear one piece bathing suit or a two pieces. I’m not surprised by some of their findings. Read on.

Flat City? or Heel City? And How High?

There has been considerable debate and even scientific analysis around the role high heels play in society. Some argue they’re a vestige of old world sexism others make the case that regardless of their origins, blind tests suggest their sex appeal works. Regardless of where you stand on this debate, we were curious as to where in the U.S. we would find the highest heels? Which cities are heel cities? Which cities favor flats? 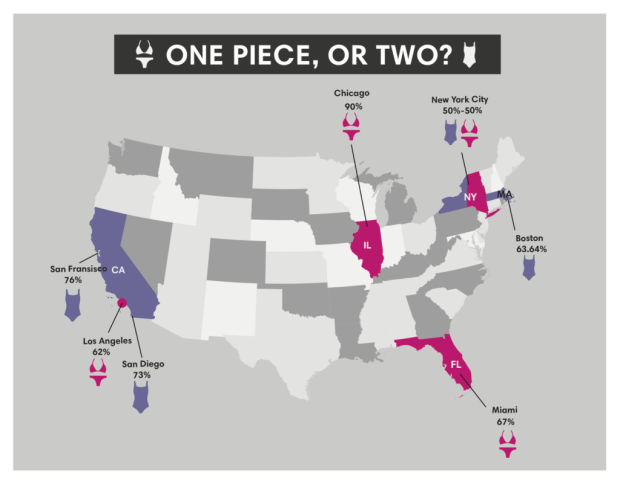