Chanel Iman in Zuhair Murad, a designer she wears often

As the Cannes Film Festival continues with an abundance of festivities one that stands out is the Amfar event(I’ve written about the Los Angeles gala here). It seems the grand event had a model VIP list as many showed up but of course there were some great celebrities sightings as well.

Gigi Hadid wearing a white Tom Ford dress, I feel this ages her or maybe its the expression 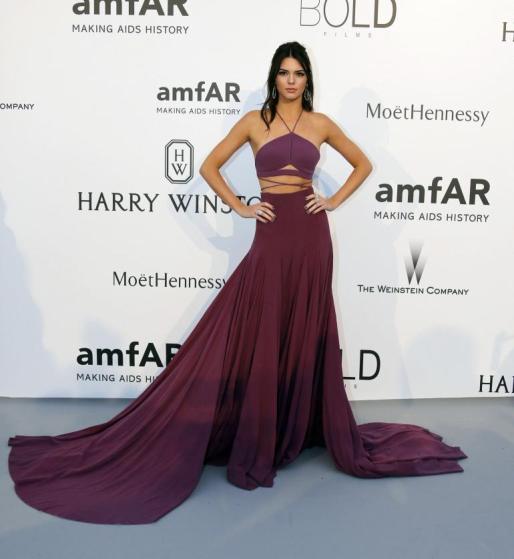 Kendall filling her spoke-model duties wearing Calvin Klein. Maybe if Gigi and Kendall switched looks I would like both more.

Another in red is actress Michelle Rodriguez wearing Romona Keveza

Mary J.Blige in Versace…something about the make-up/hair seems a bit off it blends too much, washing her out but she’s Auntie so all good. One of my fashion favorites is Diane Kruger in Chanel. She’s so fashion forward and dating Pacey from Dawson’s Creek sooo… I like her! Lol